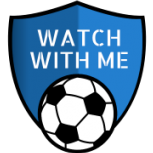 'PSG Will Win The Champions League'

By KingKurhnert, June 9, 2020 in UEFA Competitions