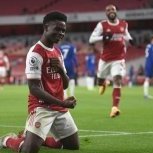 By YrksGunner,
March 5, 2021 in Introductions

A girl I knew squirted.

Team always been Mclaren, favourite driver has to be Ricciardo even before signing for Mclaren. Be one of most fun teams to watch this coming season with him and Lando.

Been following for a good while, decided not to be too lazy and finally signed up. Cheers to all, great forum