If You Could Live Anywhere in the World, Where Would it Be And Why? 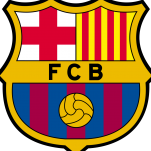 3 of these should do the trick.... One might easily be forgiven for thinking they have accidentally stumbled on a Black Panther enclosure...

This is probably an unpopular opinion here, but I personally prefer living in developing countries - given that I have enough resources of course though, as living as an average local is often very mu