Still a way off from Pele! who counted all the goals he has scored in his life, including the ones against his Nan in her back garden!

did you see the goal he scored in that game? Amazing.  Ibra bringing up #500 with a goal noone else would score. 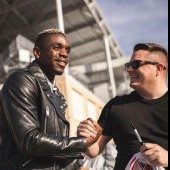 I was there for this goal it was bloody amazing ! Got a standing ovation from both sets of fans