I honestly don't know enough about the setup at Hearts rn, but some parts of the reaction to this are, to me, symptomatic of the outdated view towards footballing structures at clubs in Scotland, and 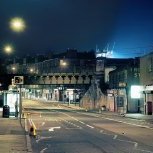 Not quite sure who told you they were part of the supporters trust. But I do know they were talking bollocks. We don't have a trust.  If they meant the foundation, then again everyone that wants