By Guest Cannabis,
May 2, 2017 in Premier League - English Football Forum

Do you agree with six game bans for diving? 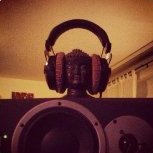 Alright, I will be that guy and try to present a different perspective to what everyone said above. Six match ban is fine, because the aim of these bans are to make the players stop from diving. Just

Just bumping this thread to demonstrate how depressingly predictable it is that suddenly the retrospective bans have disappeared. They got easy targets like Niasse and Lanzini who both did dive b

Yeah, it should be eight.