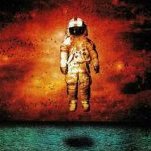 By Takyon,
May 2, 2017 in Premier League - English Football Forum

Some truly horrific headlines out there about this, mentioning Lennon's wage as if earning a lot of money means he should be immune to mental health. Journalism in this country really is on its backsi

That is quite sad, but it is also worrying that it can get out to the press. It should be Lennon's choice. He should have the right to privacy, particularly where sensitive information is concerned.